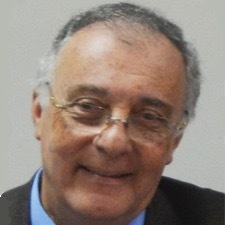 Dr. Safwat was educated in a Jesuit French school before attending Ain Shams Medical School, Cairo, Egypt, where he graduated in 1972. After completing his Internship and subspecialty training in Pulmonary Medicine (1973-1981), he pursued additional training, first at the famous Hotel Dieu in Paris (1982), and then at the Cleveland Clinic (1983). He also participated in mini-fellowship programs at the Webb-Waring Lung Institute under the auspices of Professor Thomas Petty, in Denver, CO, USA, He was introduced to bronchoscopic laser resection as early as 1985, when he worked with Professor Toty at the Hopital Foch in Paris.

While in Egypt, Dr. Safwat pursued an academic career at Ain Shams University, where he was named Professor of Chest Diseases in 1991, a position he still holds today. Dr. Safwat was Director of the Chest Department of the 1000 bed Aim Shams University Hospital from 1984 to 1989, and was Chairman of the Department from 1998 to 2004.

He is a member of numerous regional and international organizations, including the European Respiratory Society, the World Association for Bronchology, and the American College of Chest Physicians (ACCP). In fact, he was Governor of the ACCP, Egypt from 1992 to 1996, and served as International Regent for the College from 1996 to 2002. He continues to be active in these international organizations, and was also asked to serve the Egyptian Scientific Society for Bronchology where he has been President since 2002.

In addition to his university appointments and roles in international scientific societies,

Most recently, he has successfully focused his efforts on creating venues for continuing

medical education, and he has been instrumental in organizing numerous national and international postgraduate courses and hands-on training workshops for chest physicians in Egypt.