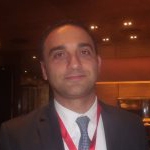 Dr. Elessawy was born in Egypt in 1972 to Egyptian parents. He studied in Port Said School till year 10, then he passed the GCE exams.

In 1988, he joined Kasr Alaini University where he graduated in 1996 with an honor. He started his Masters degree in 2000, and he continued in the sub-specialty, Bronchial Asthma, in which he was rewarded his MD in 2005.

After leaving Kasr Alaini in 2005, he started developing the chest department at Fayoum University. After establishing this department from scratch, he became its first Chairman, and then by 2016, he became the Vice Dean of Fayoum faculty of medicine.

In parallel to the Fayoum University project, he started one of the first smoking cessation clinics in Egypt. He was able to do this due to his attendance of the European Respiratory specialized course for smoking cessation.

From there, he started to forward this experience and knowledge to his colleagues by directing several smoking cessation course all over Egypt.

He is also a member in the American College of Chest Physician and the European Respiratory Society.